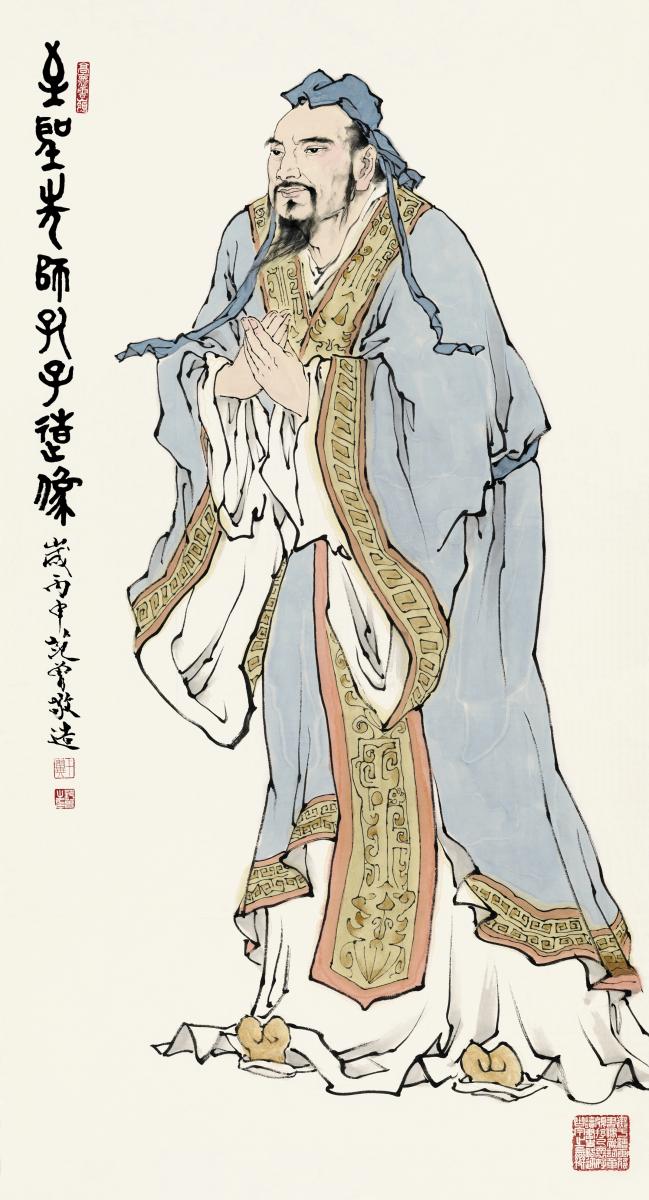 Confucius (551 B.C. to 479 B.C.), also known as Kong Qiu or K’ung Fu-tzu (Master Kong), was a Chinese philosopher, teacher and political figure. His teachings, preserved in the Analects (Lunyu), focused on creating ethical models of family and public interaction. He also was a pioneer in setting educational standards. Confucius is today believed to have encouraged learning for one’s own good and for the sake of attaining knowledge as well as development of one’s character. After his death, Confucianism became the official imperial philosophy of China and gained major influence during the Han, Tang and Song dynasties. Yet, this influence goes beyond China to exert a major impact over the rest of the world.

Confucianism is highly multifaceted, in the sense that it simultaneously denotes a worldview on politics, education and ethics taught by Confucius and his followers. Confucianism puts emphasis on a set of values such as self-discipline, moral integrity, humaneness, respect, and conformity to rituals. It has a major role in Eastern civilization. The teachings and thoughts of Confucius continue to impact people and contemporary societies. Confucius Institutes aim at familiarizing students around the world with Chinese language and culture, as the pivotal role Confucius associated with education has become a source of inspiration for the whole world.

A short sample of quotes from Confucius may include:

1. Provide education for all people without discrimination (有教无类)

2. Teach students according to their personalities (因材施教)

3. One should not impose on others what he himself does not desire. (己所不欲，勿施于人)

4. When three are walking together, I am sure to find teachers among them. (三人行则必有我师焉)

5. It is a pleasure to have friends coming from afar. (有朋自远方来，不亦乐乎)

On March 13, 2018, the Chinese Director Mr. Ning ZHANG of the Confucius Institute at Yeditepe University was invited by Professor Ali Erkan Eke and his PhD students in the Business Administration program to give a lecture on Confucius. Director ZHANG started his lecture by seeking an answer to the question on why Confucius has continued to be so popular and relevant in China. The Director then carried on with a discussion on personal experiences, career, and philosophy of education of Confucius. Class debates were stimulated through the introduction of quotes from Confucius and his Analects, as the discussion mainly centered on how Confucius and his legacy influenced management and businesses in China.

On November 18th, 2019, the Chinese Director of the Confucius Institute at Yeditepe University, Ms. ZHANG Huijing, was invited by professor Ali Erkan EKE again to give a lecture on "Confucius and Confucianism" to his 7 Ph.D students in the course of management philosophy.