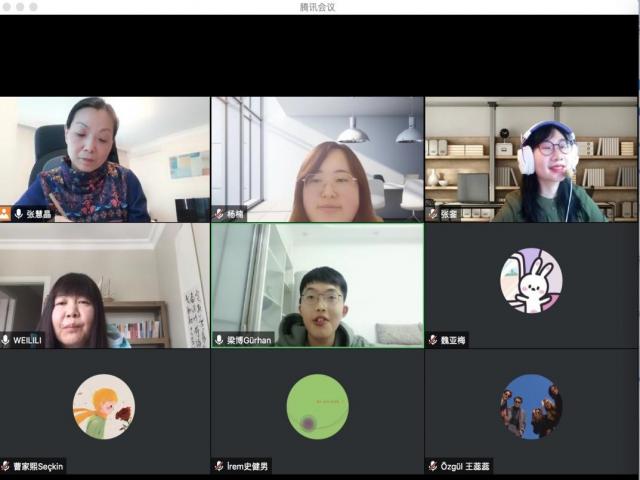 On April 23, 2022, the project "China-Turkey Bilingual Exchange Salon", a cooperation project between the Confucius Institute at Yeditepe University and the School of Asian-African Languages ​​at Tianjin Foreign Studies University, was officially launched.

The purpose of this cooperation project is to enable Turkish students studying Chinese in Turkey and Chinese students studying Turkish in China to form a long-term mutual learning relationship, accompany each other, grow together, and improve their verbal communication skills. It is expected that under the supervision of teachers from both sides, the students' language ability will be improved and they will have a deeper and more direct understanding of foreign cultures.

In the event, Mr. Zhang Luan, the head of the Turkish language major of the School of Asian and African Languages ​​at Tianjin Foreign Studies University, and Mr. Li Weili, the deputy director of the Confucius Institute at Yeditepe University, briefly introduced the language offerings and students in their respective units in both Chinese and Turkish. Afterwards, students from China and Turkey introduced themselves, and some students who were not able to participate in this online cultural salon presented themselves by sending videos. On this basis, the teachers decided that before April 30, students from China and Turkey will freely form a bilingual mutual aid group based on personal interests, language levels, learning needs, teachers' suggestions and other factors.

The launch of this activity will play an important role in promoting both teaching and learning.